To use correctly the Rombo.Camera in Thin Lens mode you should have a basic understanding of how a camera works. If not, just take care of these intuitive propositions.

What this means is simply that if you wanna have some great bokeh you’ll better low down your lens F/Stop. However pay atttention to what I call the ‘Kubrick corner case’. When shooting the famous Barry Lyndon’s candle scene Stanley Kubrick used a particular lens, now not so many men have ever looked through a lens like that. It was an f0.7 lens !! I believe there have been only 3 items of that lens that was commisioned originally by NASA and then when no more used someone proposed one to Kubric (probably for the cost of an entire house). What this means in the case of a CG camera ? That you ‘d better not overuse the fstop in Rombo.Camera because if you lower it down too much, well you’ll never get to something realistic because lenses with that fstop are not the usual ones used for everyday photography. Keep your fstop between f1.4 and f22 and you’ll be all good.

Here it’s not only about technology, that’s about photo culture and how things are generally done. You have a virtual camera that works like a real one. So lookup some photos done with real cameras and look what kind of settings they are using.

The Rombo.Camera has the fstop scale divided in third-stops. When you see an asterisk beside the fnumber that’s a full stop. Like those you see below f1.4, f2 etc..

So basically fstop controls both the exposure of your images and the depth of field. Now let’s say you got the perfect exposure but.. you want more or less DOF. There’s a parameter under the Iris rollout that let you do just that. It’s the Iris size multiplier. It works only on the DOF and not on the exposure so you can fully tweak your renderings depth of field without changing your exposure. On the other side, if you have a perfect bokeh but you wanna change your exposure without impacting your DOF, you can do it with the ISO parameter for example (or also the Cm2).

Another thing to keep in mind for realistically render bokeh is that if you have a very short DOF with big blur, it means also you have a very large aperture. But when you have a large aperture the iris blades are less evident. So generally up the number of blades if you go down to a certain aperture until they look more like a circle than anything else. We’re also adding other parameters to better accomplish that. Same goes for outdoors, you better keep down the number of blades to the kind of iris you wanna simulate because you have a narrow aperture so the blades are more evident resembling a polygon shape.

Now the Rombo shading system is calibrated. It means that if you use a true HDR image with real life photographic parameters you’ll get less or more the same image you have while shooting with a real camera. But if you didn’t take too much care of your HDR or if that HDR comes from unknown sources or whatever, – you better start from the camera settings and only then tweak the exposure of your image.

So let’s say you have a great outdoor panoramic HDR image, start by setting the camera for an outdoor rendering.. something like f22 at 1/250. Then start to increase or decrease your HDR exposure (it’s the ‘power’ parameter in the Rombo.Environment shader) to match the camera settings. At that point you have calibrated the system and so you can fine tweak  your camera to match the visual you’re looking for.

For example, below we first set the camera for an indoor rendering something like f2 at 1/50, only then we tweak the HDR image to match those settings. Then eventually fine tune the camera parameters to get exactly the kind of image we are looking for. That’s so easy. First tweak the camera, then tweak your environment image, evantually forget about your HDR and keep refining your camera. 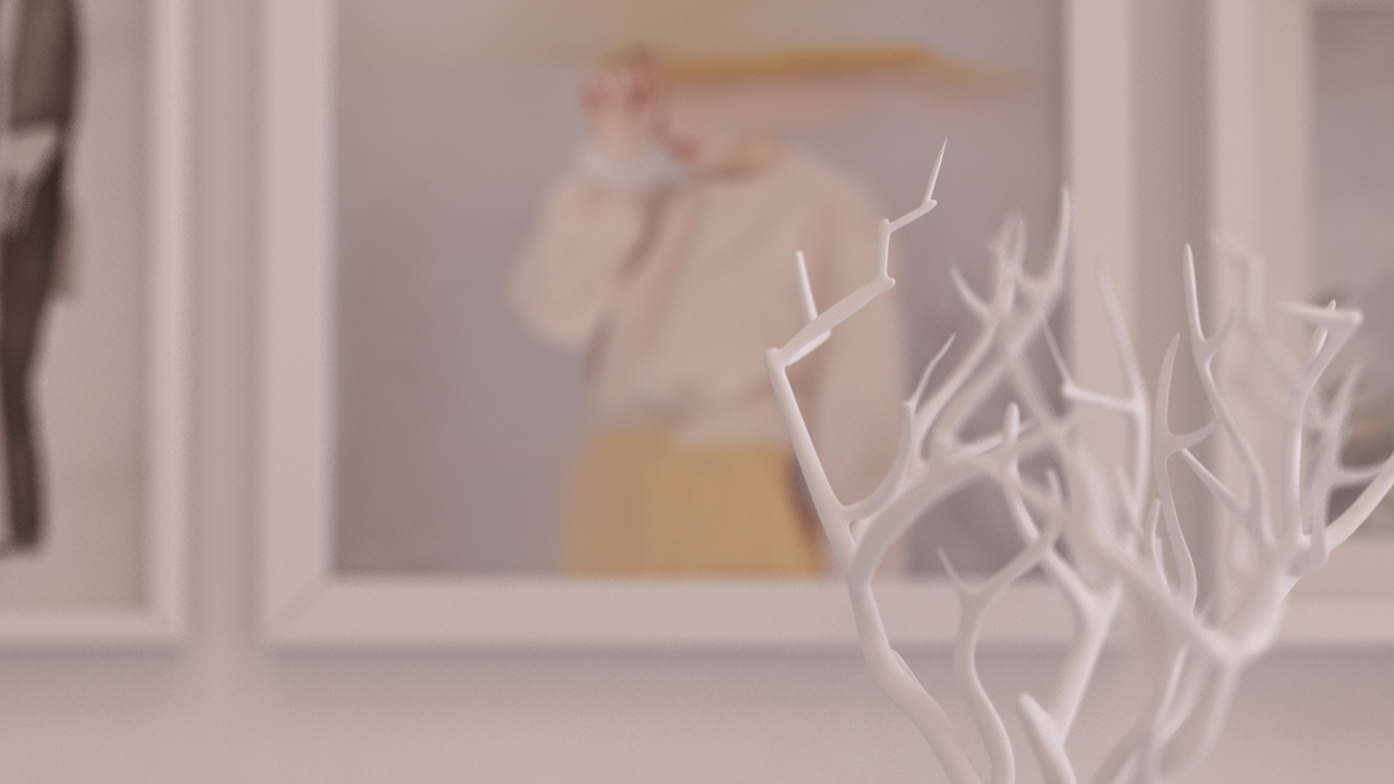