“Thin-film interference is a natural phenomenon in which light waves reflected by the upper and lower boundaries of a thin film interfere with one another to form a new wave. When the thickness of the film is a quarter-multiple of the wavelength of the light in the medium, the reflected waves from both surfaces interfere to “destroy” each other. Since the wave cannot be reflected, it is completely transmitted instead. When the thickness is a half-multiple of the wavelength within the medium, both reflections interfere to build each other up, increasing the reflected wave and reducing the transmission. This causes certain wavelengths (colors) to be intensified while others are attenuated.”

Thickness Min and Max is the range in nanometers where the interference happens. Thickness Vary is the variation in that range that gives the interference a classic ‘random’ look so to appear like oil (in facts generally a noise map is plugged in). IOR Medium is the index of reflection above the film, generally air at 1. IOR Film is the index of the film itself and then it comes the IOR Material index of reflections (so that we don’t need to apply a Fresnel or a BRDF90/0 falloff because the shader takes care of that automatically).

The shader itself is then plugged into the reflection color of a material or reflection shader. 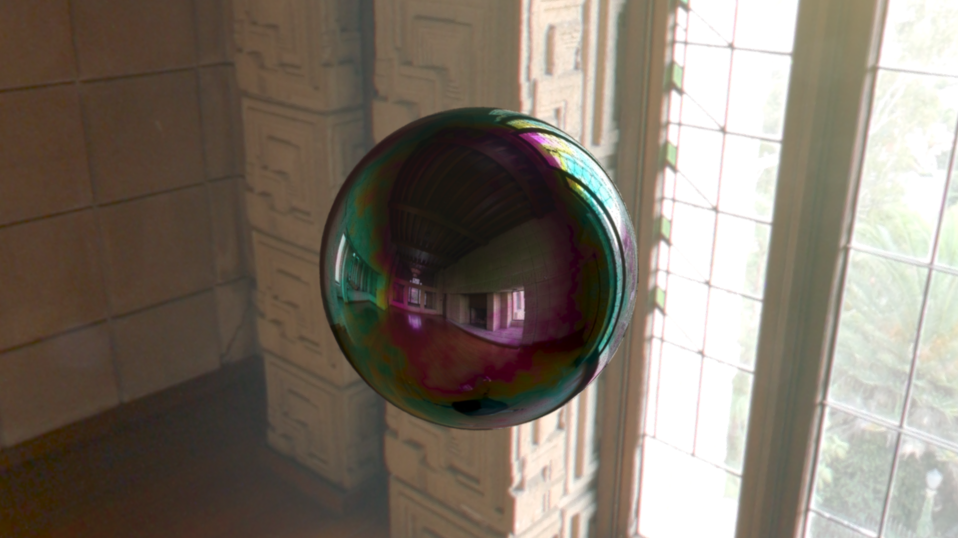 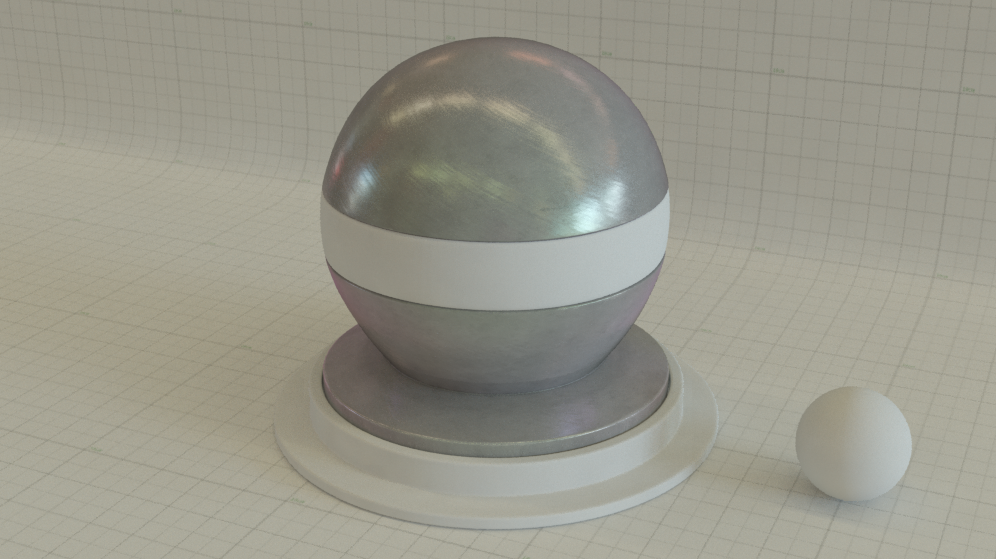